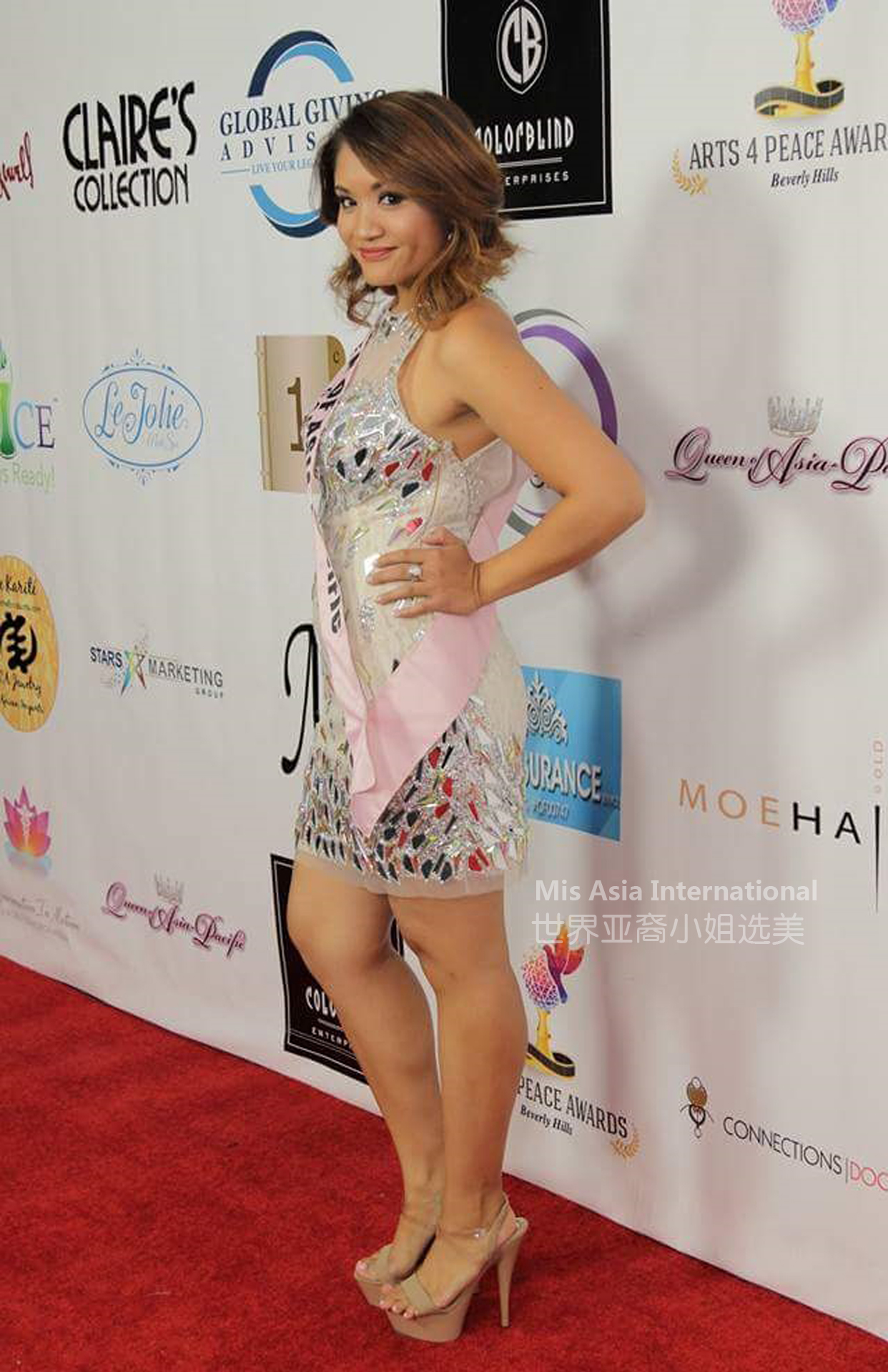 Rochelle Lozano, Miss Asia International Ambassador, Princess of Polynesia, a bubbly and old soul, was born and raised in Hawaii, and from a young age, her love of talking and performing were apparent. She was a hula dancer for 7 years and continued on dancing hip-hop and jazz throughout high school and college. As a third grader, she garnered 3rdplace at her very first speech contest, and was selected as a TV host during her high school senior year for a local channel. She attended Notre Dame de Namur University in Belmont where she placed on the Dean’s list Magna Cum Laude, then transferred to the University of San Francisco where she graduated in 2009 with a B.A. in Media Studies and a minor in Performing Arts. She competed in her first pageant, Miss California USA, in Jan. 2014, and fell completely in love with the process.

In April 2015, she was crowned the winner as Miss California Icon at the Miss Icon state pageant, and she was thrilled to foster perseverance, along with her platform of spreading awareness on a debilitating disease called juvenile rheumatoid arthritis. For years, she has been working with a number of charities and organizations, most importantly the Arthritis foundation, as she was diagnosed with JRA in high school, and was chosen to be the young adult honoree to address the Jingle Bell Run event this December. She has been living in L.A. since 2010, alongside her dog and best friend Pearl, acting in various theatre productions, and pursuing her dreams in the entertainment industry.